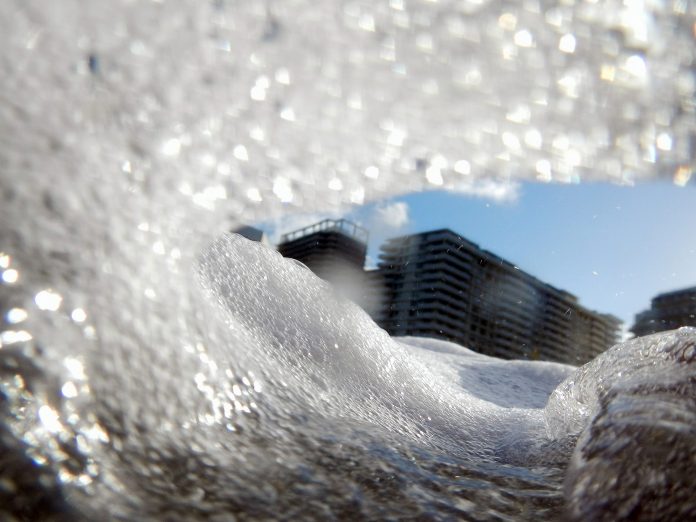 The legislation (SB 178) approved in the House Wednesday and in the Senate Monday bars the use of tax dollars on any public construction project in a coastal zone until specified studies demonstrate it will be safe from flooding caused by rising seas.

The legislation’s lead sponsor, Sen. Jose Javier Rodriguez, a Miami-Dade Democrat, has worn rain boots — emblazoned with “#ActOnClimateChangeFL” — and worked for years to spotlight the dangers of sea-level rise caused by the changing climate.

Whole neighborhoods in his district now flood regularly, and sea levels are expected to continue rising as long as the atmosphere remains polluted with greenhouse gases.

Rodriguez said sea-level rise poses threats to public health, property, and infrastructure, and that investors have grown wary of spending money in at-risk coastal zones. He predicts his legislation will bolster investor confidence.

“This is the most transformative climate legislation of the 2020 session,” Rodriguez said Monday, thanking his Senate colleagues for moving forward on climate issues at last. “It’s not ceremonial. It’s not, ‘Let’s look into this climate thing more.’ It’s actual.”

In the House Wednesday, cosponsor Rep. Vance Aloupis Jr., a Republican from Miami-Dade, said the legislation demonstrates to the nation that Florida no longer denies climate-change science and is taking actions required of a peninsular state highly vulnerable to sea-level rise.

Rep. Anna Eskamani, an Orlando Democrat, energetically spoke in favor of the Rodriguez-Aloupis legislation Wednesday in the House.

“We are on the cusp of a crisis,” she said. Florida is late in acting on climate change, she said, and action is urgently required not only from “an altruistic desire to protect Mother Earth” but also to defend the natural environment that provides habitat for Floridians and fuels the state’s vibrant tourism economy.

Investors are watching, she said.

Rodriguez said the legislation will pay dividends in credit markets and insurance markets concerned about Florida’s reluctance to address climate problems that make investments risky. He said investors will know “we’re not sitting idly by, we’re looking squarely at the risk.”

He and Aloupis thanked Associated Builders and Contractors of Florida and the Florida chapter of the American Institute of Architects, among others, for pushing for the legislation from the private business sector, where sea-level rise has long posed undeniable challenges for builders.

“This is a great opportunity to point out how quickly this state has pivoted on these issues,” Lee said, thanking environmentalists who have long advocated for clean energy and Republican leaders who finally have begun to acknowledge “the science of our times.”

Rodriguez stood by Aloupis as the House unanimously cast the final votes needed to adopt their legislation and send it to Gov. Ron DeSantis for signing into law.

Like them, Eskamani and others want the state to convert to clean energy and slash the carbon-based greenhouse gases it emits into the atmosphere. Bills to achieve those goals were largely ignored this session, but the sponsors say they will continue to fight for clean energy.”