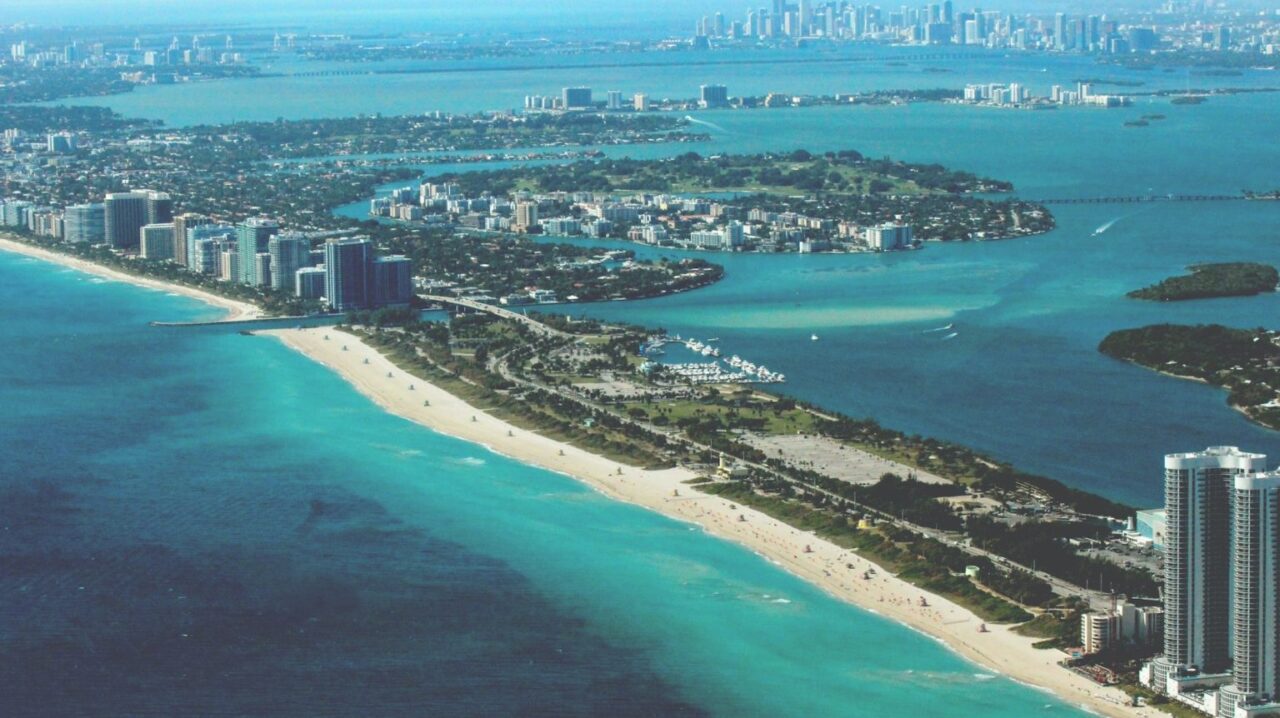 For the past three years, Senator Jose Javier Rodríguez has arrived to work every day in Tallahassee wearing rain boots with the words #ActOnClimateFL clearly visible on the side. In the Sunshine State, climate change-caused sea level rise, coastal erosion, and natural disasters are major threats, and Senator Rodríguez is determined to fight to protect his constituents from them.

Earlier this year in March, Senator Rodríguez saw the first success from his efforts — Florida passed its first ever bill (SB 178) that acknowledges the legitimacy of climate change, marking an important shift in a Republican-led state.

What is the significance of SB 178?

If Governor Ron Desantis signs it, SB 178 will require all state-funded buildings in coastal zones to take into account sea-level rise before they begin building, a significant measure in a state where more than two-thirds of its 20 million residents live on the coast.

With a Republican controlled legislature and executive branch, this bill called for bipartisan efforts to build support, and was the first climate-related bill to pass in the past decade. It was sponsored by Senator Rodríguez, a Democrat, in the Senate, and co-sponsored by Representative Vance Aloupis, a Republican, in the House.

“I think first off, having a Democratic sponsor in the Senate and Republican sponsor in the House — at its core the bill was bipartisan. But at the end of the day, it’s a very practical proactive bill, regardless of where you sit on the political spectrum. If you believe in the efficient use of government resources, then this was a smart piece of legislation, “ Representative Aloupis told Climate XChange.

Many Republicans view this bill as an important shift in state policy on climate. Senator Tom Lee, a Republican legislator representing Hillsborough County, commented on the bill, “this is a great opportunity to point out how quickly this state has pivoted on these issues.”

According to Senator Rodríguez, the bipartisan acceptance of climate change has come quickly, and primarily as Republicans have realized the economic threat that environmental degradation brings.

“The debates about science were vigorous when I started (working on this bill) about four years ago, but by the time I was able to get this passed, they almost disappeared. And so climate became an issue that was internalized on both sides, and that wasn’t just an environmental issue, but an economic issue as well,” the Senator said in an interview with Climate XChange.

SB 178 stands out from other climate bills or measures passed in GOP-led states, which often create study groups or task forces that don’t take any particular action. In a world where the effects of climate change are already harming lives, passing bills that really do something to address present and future climate impacts are essential.

“It’s the first bill to lead to actual concrete action. It’s not a bill that says let’s study something, it’s not a blue ribbon panel, it doesn’t just start talking about the problem, it actually requires real action,’’ Senator Rodríguez told Climate XChange. In his district, entire neighborhoods regularly flood due to sea level rise and worsening storms, displacing his residents and ruining livelihoods. Such flooding will only continue to worsen as climate change intensifies.

Florida has been suffering from the effects of climate change more than most other U.S. states — as a peninsula, sea level rise is particularly harmful and already causes vast flooding, and residents are starting to really notice this.

“I live in Miami-Dade County, and there’s a local artist who’s a friend of mine who created the Underwater HOA — a series of yard signs that people put in front of their house that are not only aesthetically pleasing but also reference the number of feet above sea level that a certain home is sitting. So my home is sitting 8 feet above sea level. And as you drive through the community, you see the signs, some are at 10, some are at 6. It’s a constant reminder of the delicate relationship our community has with the environment,” Rep. Aloupis told Climate XChange.

Florida is also very vulnerable to natural disasters, such as Hurricane Michael, which hit the Panhandle in 2018, turning from a small tropical storm to a Category 4 hurricane in just 3 days due to the warm waters of the Gulf of Mexico, exacerbated by warming ocean temperatures. The hurricane demolished neighborhoods, causing severe flooding and ripping up homes and businesses over a 200 mile stretch. High-intensity storms like these will hit more and more regularly if policymakers fail to address the root causes of climate change and adequately prepare communities with the tools to lessen their damage.

SB 178’s assent through the Florida legislature is symbolic of an important shift in Florida that began in 2019, when Governor Desantis stepped into office. Although he is a Republican with a disappointing history on climate legislation (he voted against a carbon fee while serving in the U.S. House of Representatives and was given a voting score of 2% on climate legislation by the League of Conservation Voters), he has at the very least acknowledged the threat that climate change, and particularly sea level rise, poses to Florida. Desantis created an executive position, the chief resilience officer, to coordinate research and planning for climate resiliency throughout the state — the first-ever climate related executive role in Florida. He has also taken other climate measures, such as allocating $625 million in state funding towards restoring Florida’s Everglades National Park, and signing an executive order to improve water quality.

This is a massive change from the former Floridian Governor, Rick Scott, who refused to acknowledge the scientific reality of global climate change and ordered employees not to use the phrases “climate change” or “global warming” in any official capacity.

The legislature has mirrored this shift — more climate bills were proposed this year than any other in the last decade, many of which had bipartisan sponsors. Republican legislators have started to understand the need to address climate from both sides, and when GOP Rep. Chris Sprowls gave his first speech as Speaker of the House, he said, “we need to stop being afraid of words like ‘climate change’ and ‘sea level rise.’”

Rep. Aloupis has viewed the Governor’s priorities as a major reason for the push on climate legislation that occurred during the most recent session. “When you have that sort of momentum from the very top, it gives you a stronger path to bring policies in the legislature,” he told Climate XChange.

Florida is still far behind in climate

To be clear, Florida still has a long way to go, and is very much behind most other states in climate adaptation and mitigation measures. Despite the massive amount of bills offered in the legislature this year, SB 178 was the only one that passed this session.

On top of that, Julie Nesheiwat, who was serving as the chief resilience officer for the governor, left her role in February to serve in the Trump Administration. Although a bill was proposed this session to make the position permanent, it did not pass, and Desantis has yet to fill the vacancy.

Desantis also has hesitated to double down on climate change — he has not created any sort of comprehensive state plan to address it, nor has he called for a reduction in pollution. His opponent in the 2018 election, Andrew Gillum, wholeheartedly embraced climate change, and had a plan to transition Florida away from fossil fuels to reduce the causes of our altering climate. Desantis narrowly won the election by just 0.4%.

“The bar is so low, that the fact that Governor Desantis is willing to talk about climate and the fact that legislative leaders are willing to talk about climate — that fact that this is seen as a win should be embarrassing. Calling it a victory to pass a bill that we should’ve passed 20 years ago, it really says a lot about where we’re at,” Senator Rodríguez said in an interview with Climate XChange, emphasizing how far behind in climate policy Florida currently is.

Working together to protect our communities

Climate change is not a political issue, and should therefore not be a partisan one either. It is recognized globally as an international security threat, and it will certainly take the efforts of both parties to address and protect all of our communities from its worst effects.

In an era of incredibly decisive politics, it is essential that party leaders work together, not against one another, to fight climate change and approach it as the massive security threat that it is.

“Responding to climate change comes down to looking out for everyday Floridians since it affects every aspect of our lives from our health to the economy,” said Senator Rodríguez, who understands the fact that all Florida residents will be impacted by sea level rise and an altering environment.

Climate change is also becoming a top priority issue for younger voters — a recent Ipsos survey found that “support for a federal carbon tax, further restrictions on methane emissions, and a national renewable energy standard was virtually identical among both Gen Z and Millennials of both parties.” Republican lawmakers will soon be forced to address climate change if they hope to retain their voting base.

Passing SB 178 in Florida proves that it is possible for parties to work together on climate legislation, and gives us hope for the climate movement in similarly Republican-dominated states.

“My hope is that this is really a first step. You can pass resolutions, you can pass recommendations, but at the end of the day, for us to pass a piece of legislation that actually requires action on climate change was truly the first of its kind, and I think there are so many other issues that our communities are going to be dealing with,” Rep. Aloupis told Climate XChange, who is planning to continue bipartisan work on climate during his time in the legislature.